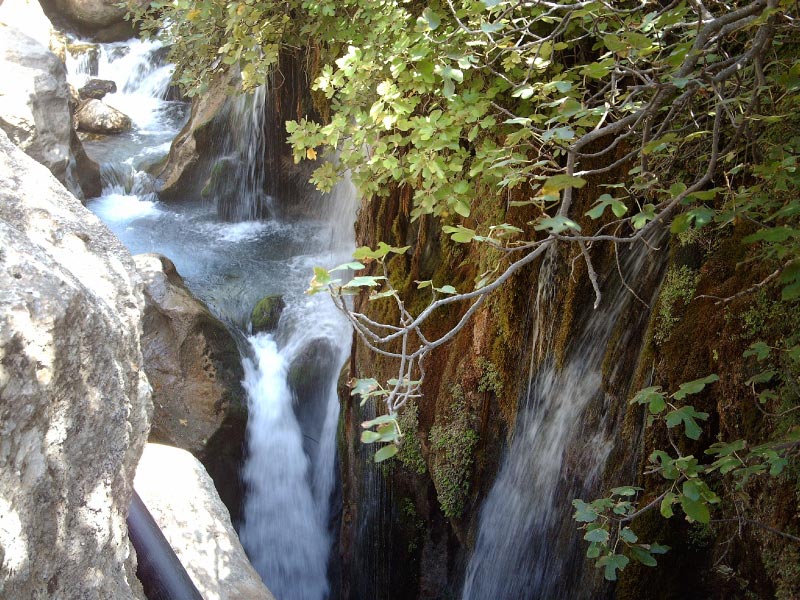 The Gorge of Kourtaliotis is one of the most attractive around the area of Rethimno. It starts at the slopes of the mountains Kouroupa (984 m) and Ksiros (904 m), a little after the village Koksare, it follows river Kourtaliotis and ends up at the beach of Limni Preveli. The name of the gorge has its origin in the Cretan word kourtala meaning «round of applause». This refers to the sounds that are created when the sometimes very strong wind tears through the gorge.

Along the gorge you will come across a traditional arched stone bridge and several small water falls while you will have to walk through the river’s water at some points or even climb at the rocks.
other.

The Kourtaliotis gorge becomes the Preveli gorge which leads to the palm beach of Preveli.

Near the beach you can visit the monastery of Preveli is situated 35.5 km south of Rethymno, in an area of unique natural beauty. It was built in 1670 by Abbot Prevelis, upon the ruins of an earlier monastery which was destroyed by the Turks in 1646. According to another version, the monastery was built by the feudal lord Prevelis, who offered his land to the monks, along with the chapel of St. John which was built in the estate. During the Cretan battle against the Turks and the German Occupation, the monastery contributed significantly to the Greek struggle for liberty and independence, as it provided refuge to all fighters, Greek and allies. The exterior of the monastery is dominated by an imposing bell-tower, built in 1629, while, in the interior, one can visit the guesthouse, the library, the abbot’s office and a small museum with the remarkable ecclesiastic heirlooms, valuable documents, sacred vestments and the edict of Gregory E’ offering the monastery the protection of the Patriarchate of Constantinopole, in 1789. The church was built in 1836 and dedicated to St John the Theologist. Inside, one can admire the pure-gold Holy Cross, the silver chandelier and the bishop’s throne. Near the monastery of Preveli stands another, with the same name, dedicated to St John, which is abandoned.